The world's first game built upon our breakthroughs in learnifcation with Metabolic Science and Health. Join the revolution AND get your precious child a gift of the coolest App based on the cutting edge of neuroscience, to help develop healthier food choices 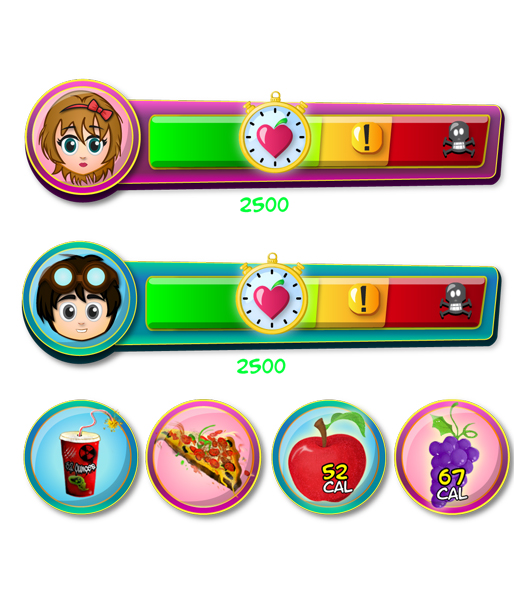 Why Fooya Helps Your Child

it is the pioneering health game that is scientifically proven to improve children's health through revolutionary entertainment, as published at leading medical conferences like Stanford School of Medicine's 2014 MedicineX. As discovered during a clinical study by researchers at the Children's Nutrition Research Center at the renowned Baylor College of Medicine, "After playing fooya!™, children randomized to the HGG condition (group that played the game) made significantly more healthy choices of snacks compared to children in the Control Group condition (F=6.0, p=.015)"

The Science Behind DigitalVaccine™ Technology

The peace of planet Nutrino is at stake! The evil scientist Dr. Shtoo invaded Nutrino with the fatty, salty, and sugary processed foods to destroy the peace and health of the Nutreans. You MUST fight for the Nutreans! 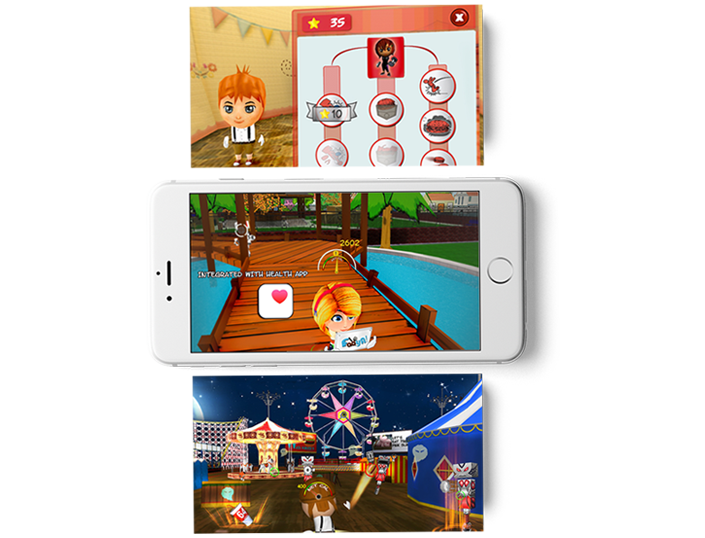 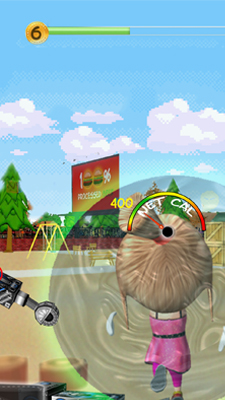 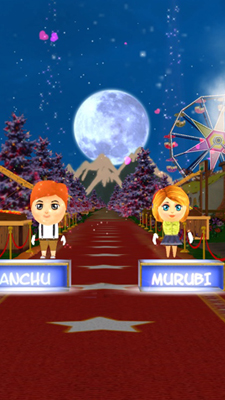 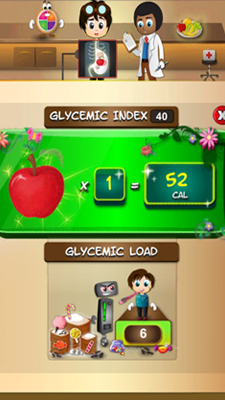 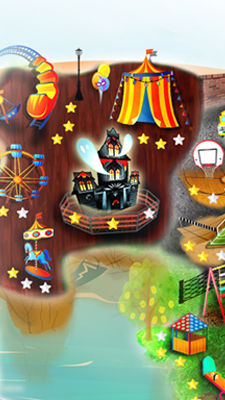 After playing the game for a few days I can see my son talking about the calories in the food we eat.

This game is super fun! It's refreshing to see a game that puts out a positive message, and from which kids and young adults can gain helpful and positive habits concerning health and nutrition!!

AThis is a truly a phenomenal innovation and solution to helping teaching kids to lead healthier lives!!! Awesome game!

Bhargav Sri Prakash, is the CEO of FriendsLearn which he founded when he was a Kauffman Fellow in 2011. As the founder-investor, he leads the team’s pioneering work based on a philosophy that unprecedented financial return can be unlocked by tackling our world’s biggest and most intractable problems. His journey as an immigrant entrepreneur began when he was enrolled as an international graduate student at the University of Michigan, Ann Arbor. He started CADcorporation to commercialize his research in Automotive Powertrain Simulations and sold the company in 2005 to General Motors Corporation (GM:NYSE). He then founded Vmerse – edugaming – catering to Universities, in their efforts to recruit applicants and alumni/donor relations. Vmerse delivered X-Box style multiplayer 3D games and services to digitize campuses and maintain the software framework. He sold Vmerse in 2009. Between 2008 and 2011 he was a co-founder & Managing Director of a global macro long-short hedge fund – Nirmana LP. He spends time between Palo Alto and Chennai, with his wife and 3 young daughters.

Bernard A. Harris Jr., is a pioneering former Astronaut for NASA and a Physician, who was the former President of the American Telemedicine Association. He is an Executive Director with FriendsLearn in charge of Strategic Partnerships. He is currently CEO & Managing Partner of Vesalius Ventures & Founder of the Harris Foundation, a non-profit organization that supports math/science education. He is on the Board of Salient, LP a Houston based Hedge Fund. He is the recipient of numerous awards, including honorary doctorates from Stony Brook University-SUNY, Morehouse School of Medicine, New Jersey Institute of Technology, University of Hartford, as well as the NASA Space Flight Medal, a NASA Award of Merit, a fellow of the American College of Physicians, and the 2000 Horatio Alger Award.

Lenny Mendonca is a director emeritus (retired senior partner) of McKinsey & Company, Inc., a global management consulting firm, where he cofounded the public sector practice and worked in the Washington DC and San Francisco offices. He has helped dozens of corporate, government, and nonprofit clients with their most difficult management challenges. He is founder and chair of Fusecorps, co-chair of California Forward, and chair of Children Now. He serves on the boards of the New America Foundation, the Committee for Economic Development, Common Cause, the Bay Area Science and Innovation Consortium, and the California Business for Educational Excellence Foundation.

Nandkishore Doreswamy served as a Member of the Executive Board at Nestlé S.A. until he retired on May 1, 2015. He is a marketing expert on child nutrition and served as an Executive Vice President and Zone Director for Asia, Oceania, Africa and Middle East at Nestlé S.A. since October 2011. He has been a Non-Executive Board Member of Blippar.Com Limited since July 2015. Mr.Nandkishore has an MBA from the Indian Institute of Management in Ahmedabad and a Bachelor’s Degree in Electronics and Instrumentation from the Indian Institute of Technology in New Delhi.

Sheila Sri Prakash is an award winning Designer, Entrepreneur and Philanthropist, who founded the international design firm, Shilpa Architects, in 1979. She is an acclaimed thought-leader and advises Heads of State on Holistic Sustainability, including the promotion of Societal health through design of the built environment. She served on the World Economic Forum Global Agenda Council on Design Innovation and the Role of Arts in Society. She is an Advisor to the United Nations and the Government of India and the UK. She is on the board of Nirmana, LP